There is some positive news from the international Fair Trade community! Two studies have come out in the last two months which highlight the positive, real effect that fair trade has on producers and artisans around the world.

The first is a report from FLO detailing the positive growth of fair trade consumerism and workers/artisans throughout the world in 2010. Fair Trade is now in 63 countries around the world. Sales volume for Fair Trade items--Coffee, Bananas, Cocoa, Flowers and Plants, Tea, and Cane Sugar--all increased, some by as much as 22%. Seed Cotton had a decline in sales volume by 13%. All of these items had an increase in sales income for producers. The number of people working with Fair Trade organizations is increasing as well, with an estimated 1.15 million peple benefitting from their work; that number is expected to have increased to 1.2 million at the end of 2011.
You can read the entire report here.

The second report is a two year study (2008-2010) that was commissioned by the Fairtrade Foundation and was carried out independently by the Institute of Development Studies. This study focuses on banana producers that work under the fair trade umbrella. This study combines real numbers with recommendations on how to make the system better and how to reach a wider consumer base. The information is useful and speaks to the international fair trade community. Some of the critiques brought up in this article--in relation to banana plantations and workers--is that fair trade organizations are not creating new jobs, which is a major concern all over the world. There is also the concern that the volume of fair trade bananas that are sold yearly are not enough to create significant inroads in decreasing economic poverty in many of the countries that were profiled. This speaks to the need to widen the consumer base for fair trade items of all sorts, not just produce/food items.
You can read the entire report here.

One thing that stands out to me is that Fair Trade continues to gain a foothold on the global market every year. It is a viable trade/commerce model that allows for positive impact for producers and consumers. It gladdens me that this movement which I have become so wholeheartedly involved with continues to gain momentum and credibility.

These articles also bring to mind some of the ways the movement can improve for it's producers in developing nations and for consumers. One of the bigger that was brought to my attention was that some fair trade organizations are not creating new jobs; meaning, that fair trade organizations are working to re-tool farms and artisan groups to work within a fair trade model, and do not often create brand new co-ops and groups. I believe that there is a place for both, although it might be easier for a FT org to re-tool already existing organizations and groups. The hope is that once groups have become fair trade, they will have more room to welcome new artisans and farmers.

We welcome your comments! If you have some ideas/thoughts to share about these articles or any other Fair Trade issue, let us know! We would love to hear from you! Connect with us on Facebook, Twitter (@AWAZfairtrade), or email (awazvoice@gmail.com)! 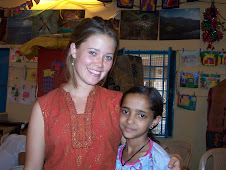